Alexandria, Va.—Nebraska Loves Public Schools is being honored as this year’s “Friend of Education” by the National Association of State Boards of Education (NASBE). This national award is given annually to an individual or organization whose contributions to education are significant and enduring.

Nebraska Loves Public Schools launched in 2011 to elevate the narrative around the positive work happening in public schools through visual storytelling. The statewide initiative documents stories of schools across Nebraska to build awareness, empathy, and support for public education.

With more than 100 short films and documentaries, countless television and radio spots, a vibrant social media following, a PBS-affiliated television series, countless awards and civic recognition, and a strong rallying cry heralded with ubiquitous I Love Public Schools T-shirts, the campaign has promoted positive dialogue and pride in Nebraska’s public schools and ignited a nationwide conversation.

Nebraska Loves Public Schools’ films have addressed the achievement gap, career and technical education, early childhood education, community investment health and wellness, STEM, and the arts. Its current focus is The Mind Inside, a docuseries exploring mental challenges students face; the social, emotional, and behavioral resources available to them; and the short- and long- term community solutions.

“The Nebraska State Board of Education is incredibly proud of the Nebraska Loves Public Schools initiative,” says board president John Witzel. “The project has been integral in helping the public understand the equity challenges of public education and how we are addressing them in Nebraska, while celebrating our public school achievements and sharing successes with a national audience.”

Through relationships with the Nebraska Department of Education, the Nebraska Council of School Administrators, statewide Educational Service Units, the Network for Public Education, and a host of community-based organizations and school leaders, the initiative sources stories based on input from those who directly interact with public education. These individuals provide authentic views and distinctive perspectives on Nebraska public schools.

“It is a tremendous privilege to share the stories of educators, students, and families and we are honored to represent as the Friend of Education,” said Director and Executive Producer Sally Nellson. “We are a megaphone for public education and this recognition helps us spread even more awareness.”

“NASBE is proud to honor Nebraska Loves Public Schools as this year’s Friend of Education. We love the initiative’s focus on building public understanding of the complex challenges in public education and its unique approach to storytelling,” said NASBE President and CEO Robert Hull. “This is what stakeholder engagement is all about: ensuring diverse voices are heard to better inform efforts that can help serve all students more effectively.”

The 2019 Friend of Education Award will be presented at NASBE’s national conference in Omaha, Nebraska, on October 18.

For 60 years, NASBE has served as the only membership organization for state boards of education. A nonpartisan, nonprofit organization, NASBE elevates state board members’ voices in national and state policymaking, facilitates the exchange of informed ideas, and supports members in advancing equity and excellence in public education for students of all races, genders, and circumstances. Learn more at www.nasbe.org. 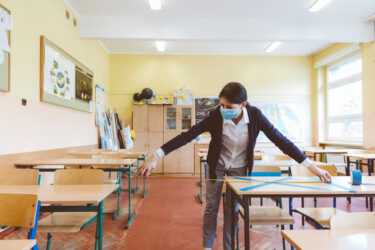 In anticipation of the 2020–21 school year, states have been creating and updating guidance for district and school reopening plans. Several trends emerge. 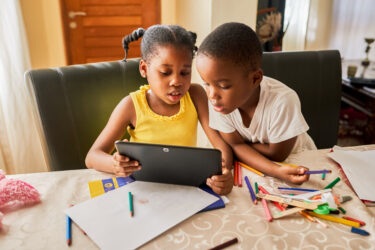 If online learning is not designed with early childhood in mind, many children will not be able to build a strong foundation for their education and will fail to establish the structure and routines that learning requires. 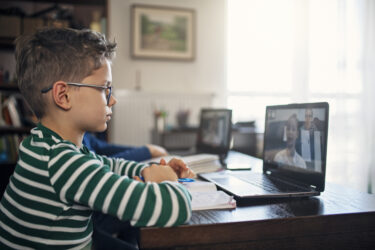 The COVID-19 pandemic has illuminated and exacerbated gaps implementing online learning effectively for all students. State boards can ask questions to better assess technology use in their states.