Engaging Youth Report in the Media

NASBE’s recent report Engaging Youth in Education Policymaking was featured in several news stories from WTOP, The 74, EdSurge, others.

From the WTOP story, National Association of State Boards of Education has plan to amplify student voices:

The National Association of State Boards of Education said 33 states currently have more than 400 students serving as members of state school boards or state advisory councils.

Maryland has a student member of the State Board of Education, D.C. has four students on its Student Advisory Committee and Virginia recently enacted legislation to have one.

This year, there’s an effort by NASBE to make certain that students who serve on school boards are not only heard, but that they also get a running start on addressing issues that matter to them.

Celina Pierrottet, a research and policy associate with NASBE, said student input “is incredibly important in education policymaking because they are the primary stakeholder in education.” …

From The 74 story, Report: More States Are Giving Students a Say in Education Policy:

An increasing share of states are including student perspectives in education policymaking, a new report finds, but making sure those voices are diverse and have real power can remain a challenge.

At least 33 now include formal positions for youth representatives on their state boards of education or as advisors to their state boards or their state superintendent’s office. That’s up from just 25 four years ago, according to an August brief by the National Association of State Boards of Education. The organization is the only group that carries out nationwide audits of youth representation at the state level of education policymaking, and its prior update came in 2018.

“Students have a very valuable perspective,” said Celina Pierrottet, the report’s author. “Now our state leaders are starting to recognize the importance of capturing that experience and learning from it.” …

From The EdSurge story, State Leaders Are Turning to Students to Shape Education Policy:

“We talk a lot about inequity in education and under-resourced schools,” Hill says, explaining that it’s important for the board to hear from the people living through these experiences—especially students. Hill says she’s grateful to be able to provide a unique perspective and to be a voice for students, who are often underrepresented when it comes to education policy. “The more diversity we have on the board, the more successful we’ll be.”

More than 33 states now have some level of student engagement, with over 400 students serving on state boards or state education agencies, according to an analysis from the National Association of State Boards of Education. That’s up from 25 states five years ago. Of the 33 states with some student involvement, two dozen have students who serve on state boards…. 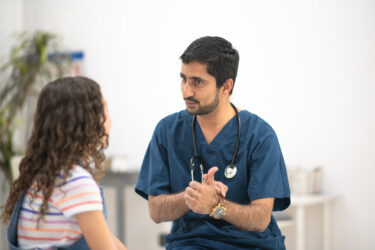 School-based health services (SBHS) are a powerful, yet underused strategy to expand equitable healthcare to students, according to this analysis from NASBE. 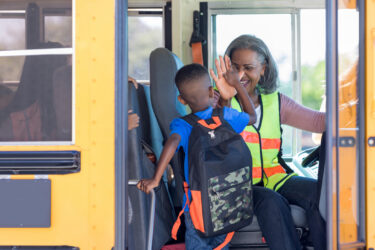 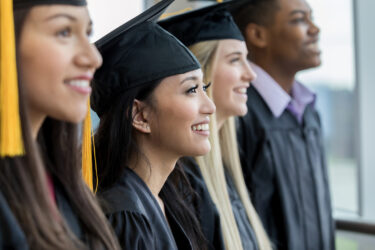 States Sketch ‘Portraits of a Graduate’

While their entry points and approaches to the work differ, South Carolina, Utah, Virginia, and Washington have all drawn up profiles that many call the North Star of their state education systems.