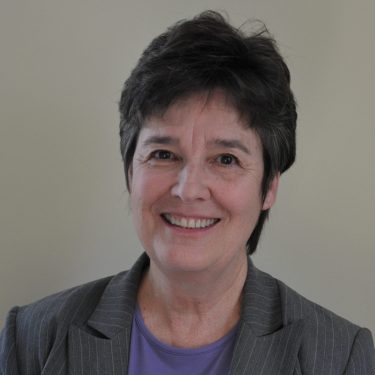 Dr. Audrey J. Noble was appointed to the State Board of Education by Governor John Carney and confirmed by the State Senate on March 14, 2018.

Dr. Noble received a Bachelor of Arts in Spanish/French/Secondary Education from Westminster College in 1971. She later received a Masters of Education in Counselor Education from Pennsylvania State University in 1974. She also holds a Ph.D. from Arizona State University in Educational Leadership & Policy Studies, awarded in 1994. Before moving to Delaware in 1994, she was involved in educational research at Arizona State University. Upon moving to Delaware she worked in various roles for the Delaware Education Research & Development Center at the University of Delaware and served as a faculty member in the School of Urban Affairs & Public Policy. Upon her retirement from the University in 2012, she started A Noble Evaluation Group and currently provides external evaluation services to non-profit organizations across Delaware.

Dr. Noble has served on numerous education commissions and task forces including prior appointments by then Lt. Governor John Carney to the Task Force on Class Size and Unit County Allocation in 2006 and the HOPE Commission, Education Subcommittee in 2005. She has served as an instructor for the Teachers’ Network Leadership Institute of Delaware from 2005-2008 and the co-chair of the Data Subcommittee of the Delaware P-20 Council from 2004-2008.  Additionally, Dr. Noble was appointed to fill a vacant seat on the Brandywine School Board in January 2011 and was then elected to that same seat in May 2011.  She resigned from that position after moving out of the district following her retirement.

She currently resides in Frankford, Delaware and volunteers with several community organizations including Sussex Habitat for Humanity, the Food Bank of Delaware, Rehoboth Film Society, and CASA.