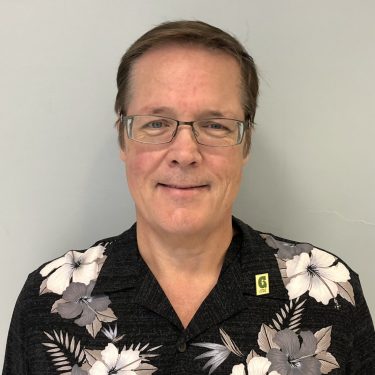 Ron McNinch was initially appointed in 2016 by Governor Calvo to the Guam Education Board as the business sector representative. With the election of Governor Lou Leon Guererro in 2016, he was encouraged  to continue in this role. He is chair of public administration and legal studies at the University of Guam and his primary areas of concentration are public sector employment, fraud examination and elections. In 2009 he was named a “Distinguished Professor of Guam” by the Guam Legislature. Since 1996, McNinch has served in a number of prominent government roles including two appointments to the Guam Election Commission Board, the Guam Organic Act 50th Anniversary Commission Board, four years as executive director of the Guam Peace Officer and Standards and Training Commission and two terms as the executive director of the Guam Dr. Martin Luther King Civil Rights Commission. McNinch has also served as a two-term president of the Guam Chapter of the American Cancer Society and president of two different Rotary Clubs on Guam. He proudly served as an infantry enlisted and officer in the Georgia Army National Guard and Army Reserves. He speaks both Japanese and Chinese with basic fluency. He has been awarded two times for courage or bravery in his government service including the Guam Silver Star and a special recognition for courage by a Guam Governor.

McNinch holds a bachelor’s degree in criminal justice from West Georgia, an MPA from Georgia College in Systems Administration and a Ph.D. in political science from Georgia State University with a public administration emphasis. In addition to advanced credentials in human resources and fraud examination, McNinch is a specialist in local elections and opinion polling.